Would You Invest in a 100% Muni Bond Portfolio?

Is a 100 Percent Municipal Bond Portfolio Superior to One of Diversified Investments?

The recent “reader question” article, “Should I Invest in Bonds Even Though I Might Lose Money?” garnered some fascinating investing conversation. Among the thoughtful comments, one in particular stood out, because it was contrary to the typical investing viewpoint.

“Stocks, Never. Short term bonds? Not for me. Go to FMSbonds.com and READ!!! Buy short term ONLY if you have a need at a specific date. I bought municipal bonds to mature for and during my daughter’s college. Other than that I bought and buy (since 1984!) LONG term triple exempt Municipal Bonds. The interest rates are MUCH higher and then: BUY AND HOLD. They have made me rich. My coworkers lost nearly half of their retirement funds in 2001 and again in 2008. (Plus they will get to pay taxes and more taxes.) My bonds kept growing, some at 11.25% compounded semiannually. ZERO COUPON bonds grow and grow and for up to 30 years. No reinvestment required and no tax to pay.”

First, let’s take a look at interest rates in a historical context: 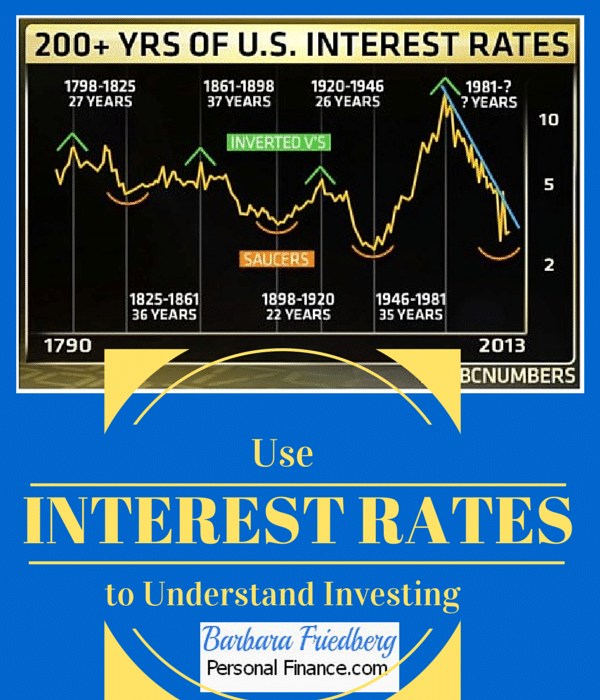 Randy started investing in municipal bonds when interest rates were in the low double digits. Imagine that you purchase a 10, 20, or 30 year zero coupon bond at previous historically high interest rates and you’ve locked in that high return for many years. As Randy mentioned, he has bonds paying 11.25%.

Randy hit on a goldmine strategy from 1984 to 2007. Ten year treasury yields were significantly above the 5 percent long term average yield. And according to Dan Seymour of The Bond Buyer.com in “Muni-Treasury Relationship Trouble”, 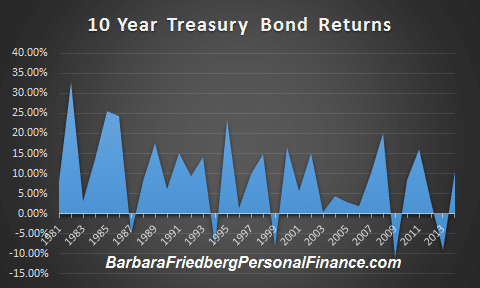 In analyzing the above two interest rate graphs, you’ll notice that interest rates were at long term historical highs from about 1981 to 2007.

If you were in a moderate to high income tax level, investing in long term zero coupon bonds would have been an outstanding strategy for growing your principal and preserving capital.

Why am I mentioning inflation? Well, returns are important, but only if the returns surpass the rate of inflation. And inflation has dropped drastically over the past 30 years, making the real return (difference between the inflation rate and the nominal interest rate) quite fat.

As the graph above shows, interest rates have declined steadily from their highs in the 1980’s to 2.12 percent for the 10 year Treasury (5/15/2015). Yet, up until the past few years, long term treasury yields hovered above their 80 year average of 5%. And municipal bonds have also enjoyed an uncharacteristically rosy time as well. In comparison with their corporate equivalents, munis offered higher after tax yields than would be predicted by their rating. 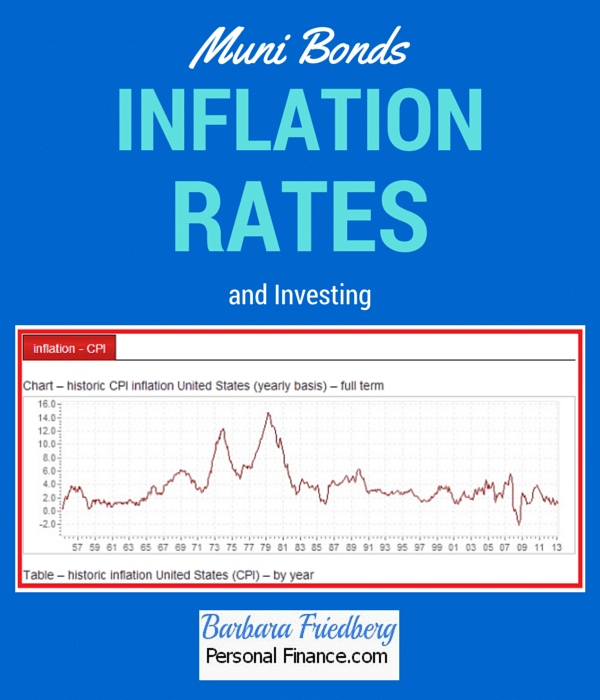 Randy implemented this low risk high return strategy during an ideal time. Muni yields were high and returns were at a premium (tax equivalent yield) to corporate bonds.

Combine the rich tax equivalent yields with the low inflation levels beginning in 1984, and you had a perfect environment for investing in long term municipal bonds.

Would You Invest in a 100 Percent Muni Bond Portfolio Today?

Raise your hand if you know what interest rates will be in 10 years.

I’m not seeing a lot of hands going up. That’s because the future is unknowable. We use the past to help guide our future investment decisions. Yet, it’s unrealistic to assume that the future will play out exactly like the past.

That said, if you go back to the first graph, showing 200 years of interest rate data, it’s clear we are at historical highs. Our current central bank – the Federal Reserve – has a goal to keep interest rates and inflation rates within a certain range. They’ve gotten more sophisticated in their strategies and I assume they will continue to moderate these important economic metrics.

We haven’t talked much about comparing bonds and stocks in this article, but as an investor you are always comparing one alternative against other available options.

Anyone who’s had an introductory statistics course is familiar with the concept, “return to the mean”. Simply put, it implies that over long periods of time, prices and returns will return to their historical averages.

If “reversion to the mean” holds true, bonds will eventually return to a 5 percent and stocks to a 9 percent average return. Even if returns are lower going  forward, it’s unlikely we’ll see the fat bond yields of last century.

Since the future is unknowable, in spite of Randy’s outstanding success over the past two decades with an all long term municipal bond portfolio, I believe in a diversified portfolio of investment assets.

Banking on one asset to outperform in the future is a risky proposition. And if you happen to be very risk averse or retired, why not tilt your asset allocation towards more fixed assets and fewer stock assets?

Click here to get Invest and Beat the Pros-Create and Manage a Successful Investment Portfolio. Perfect if you’re interested in building wealth with investing.

What do you think about an all muni bond portfolio? Would you try it?