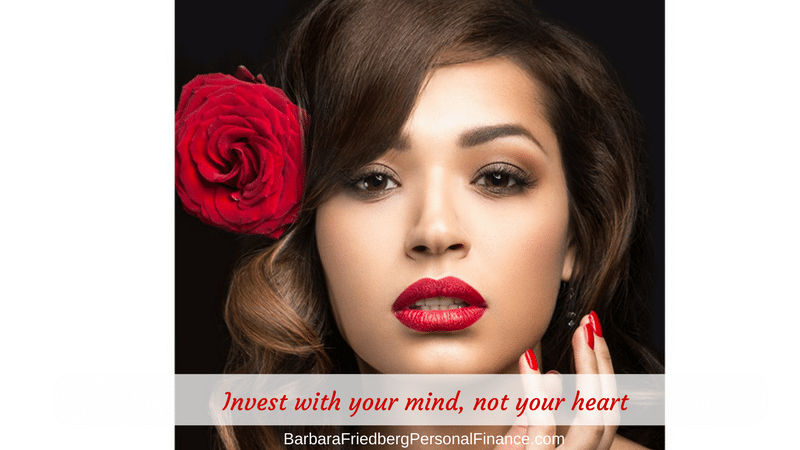 What the Opera Carmen Teaches About Investing and Behavioral Biases

I received a message in my inbox from Mitzi Perdue, author of How to Make Your Business Last, the widow of Frank Perdue and daughter of Ernest Henderson, co-founder of the Sheraton Hotel Chain. She wanted to share this story.

Her tale is inspired by legendary hedge-fund Manager Roy Niederhoffer’s analysis of the opera Carmen and it’s lessons for investors. She synthesizes an analysis of Carmen, the opera written by George Bizet, and describes its behavioral economics and investing lessons.

Even the smartest most sophisticated investors are sometimes swayed by their hearts.

What’s Really Going on with the #OperaCarmen (Hint: It’s about a #riskyinvestment.)

Carmen from Bizet’s opera is a high-risk, volatile investment. If Don José had studied behavioral economics, he might have lived.

If you enjoy opera, and also if brilliant investment analysis interests you, prepare for something that’s both unusual and enticing.

Come peek into the mind of legendary hedge fund manager Roy Niederhoffer as he analyzes what Bizet’s Carmen is really about.

The Gypsy Carmen is a High-Risk Investment

For a start, Niederhoffer sees the beautiful gypsy Carmen as a high-risk investment, albeit one that’s extremely tempting. However, Don José, the prospective investor, should have been more aware of risk because in this case, in an uncharacteristic fit of honesty, Carmen has even provided him with a disclaimer.

Several times, at the top of her lungs, she’s screamed at Don José, “If I love you, watch out!”

As an unwise investor, Don José ignored the warning.

Further proving he’s not good at managing his portfolio, Don José ignores Micaela, his pretty hometown girlfriend. This is a bad move because Micaela is as close to a sure thing as he is ever likely to find.

She’s even mother-approved. Micaela has a track record being kinder, more reliable, and she has none of the high-risk volatility we’ve seen in Carmen.

Over-estimating the Likelihood of Winning

Don José has unfortunately succumbed to a penchant for over-estimating the odds of winning associated with his high-risk investment in Carmen. He’s also ignored Carmen’s historical volatility as demonstrated by her having just recently tried to murder her co-worker at the cigarette factory.

In an attempt at volatility control, Don José ties Carmen’s hands. Next, when he ends up in jail, under most circumstances this should have been an even better volatility protection system for him.

At this point, Carmen invites him to join her gang of smugglers. He does, and he’s now all-in with this one risky investment.

The two travel to the mountains to meet her outlaw friends. They get there using an old-fashioned version of Uber. Once there, they stay at an Air BnB-equivalent.

Don José rapidly becomes a less and less rational investor. Once in the mountains, he would have had a far greater chance if he had chosen to invest in some of Carmen’s less popular friends.

Unfortunately, as with many investors, he hates to lose more than he loves to win. He can’t bear to lose Carmen, and he has an irrational attachment to this particular investment. His portfolio continues to spiral downward.

It gets worse. Both Carmen and Don José together neglect statistical pattern recognition as they ignore the unanimous predictions from the gypsy fortune tellers. Their cards all keep coming up, “Death!”

But Don José still has one last chance to save his portfolio. Micaela has made her way to the smugglers’ camp and offers him a protective stop loss. (Editorial comment from Mitzi: it’s always important to have an exit point to prevent catastrophic loss.)

Bonus; Are Markets Efficient or Not?

Alas, Don José chooses not to accept this offer of downside protection. Instead of focusing on his whole position, he mindlessly and compulsively continues with the injudicious Carmen investment. At the end of the opera, Don Jose’s portfolio is completely wiped out.

Reprinted with permission from, Mitzi Perdue, speaker, author, and businesswoman. She is the widow of Frank Perdue and daughter of Ernest Henderson, founder of the Sheraton Hotel Chain. Visit Mitzi Perdue.com’s website. This article originally appeared on LinkedIn.

How to Prepare for Inflation – 8 Actionable Tips