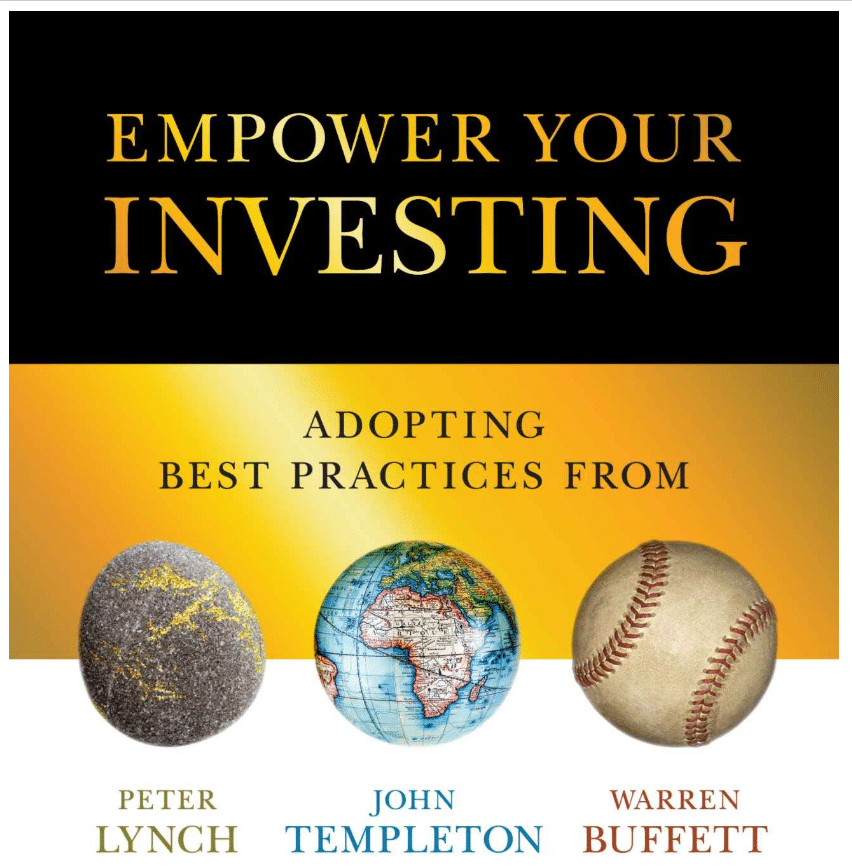 Empower Your Investing Review – Learn How to Invest From the Champions

I regularly receive free books to review and unfortunately, can’t study every title that arrives. But Empower Your Investing – Adopting Best Practices From John Templeton, Peter Lynch, and Warren Buffett by Scott Chapman, is unique. It reads like a biography and offers invaluable investment guidance. The book is scrupulously researched and and delves into the inner workings of three of the greatest investing minds and their backgrounds.

If you want to be a successful investor, why not learn from the best?

Research shows that most individual investors and actively managed mutual funds fail to keep up with the returns of the unmanaged indexes. That’s why the growth of the passive, index fund investing movement has taken hold. Yet, there are a few prominent investors who have managed to buck the trend and outperformed the indexes over many years. Chapman posits that by understanding how John Templeton, Peter Lynch, and Warren Buffett invested, you too can become a successful investor. So, if you’re interested in an inside look at these three great investment minds, I suggest that you study Empower Your Investing.

Each chapter follows a systematic study of the investor with these headings:

As a former stock-picker, I studied the value investing bible of Graham and Dodd, The Intelligent Investor as well as books on financial statement analysis. I’ve also read several books that dissect Warren Buffett’s investment strategy and also studied Lynch’s One Up on Wall Street. In contrast, the actionable investment advice in this book is comparable. And if you like a good story, the tales of the men’s early lives is riveting.

I only wish Empower Your Investing had been around when I was learning about investing. 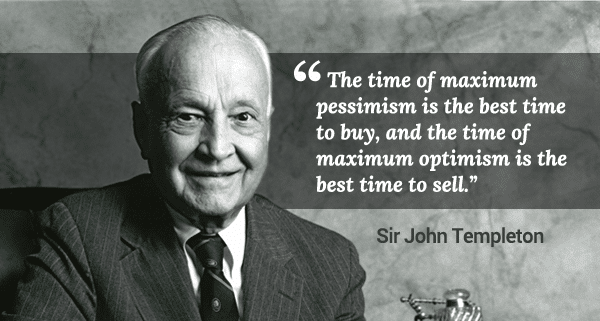 I was fascinated by the “Personal Background” chapter about John Templeton’s early life. Known as one of the premier value investors, Templeton’s life is peppered with drive and creativity. The chapter titled “The Capitalist Missionary,” debunks the myth that success in finance is equated with greed and malfeasance. John Templeton was a genuinely charitable man.

Templeton was determined to atttend Yale University, which required four years of high school math, despite the drawback that his high school only offered three years. To overcome this obstacle, he volunteered to be the teacher and student for a fourth year math class. Along with eight students, he created and enrolled in the fourth year math class, with the principal grading the exams. Due to his ingenuity, Templeton was able to enroll in Yale.

His father didn’t have the means to pay for Templeton’s tuition, so he funded his college tuition with winnings from the poker table.

Templeton’s investing and personal values could be a lesson in a guide to practical living:

“Several admirable qualities were already evident in John’s development that would shape his approach to investing and life, such as his kindness, humility, positive attitude, discipline, and fierce commitment to accomplish his goals. Four of his perspectives are worth exploring further as they served as corner-stones for his approach to investing: setting goals, extra effort, thrift, and avoiding consumer debt.”

His early investment performance was mediocre. His’s first fund, launched in 1954, the Templeton Growth Fund raised $6.6 million and by 1957, the fund was valued at $2.9 million. In fact, the fund didn’t return to $7 million until 1969.

This fact, undescores the importance of patience and fidelity to one’s investment style. Value investing, while shown to outperform over the long run, can experience periods of sub par performance.

After selling all the firm’s assets except the Templeton growth fund in the early 1960’s, he relocated to the Bahama’s for tax and financial reasons. Between 1954 and 1992, the Templeton Growth fund reported 14.5% annual returns, despite underperforming the S&P 500 in six of its first ten years.

Templeton’s investment success was driven by his patience and commitment to sound principals including the contrarian, democratic, and global tilt of his stock picks. His mental style incorporated research, bargain-hunting, prayer, gratitude, and optimism.

The story continues with indepth discussions of Templeton’s investment methodologies and strategies for when to buy, when to sell, and portfolio construction. He includes investment guidance for individual investors seeking various investment goals such as income or growth. He eschewed income-type investments such as high yielding stocks and bonds solely for their cash flow. Instead he recommends taking capital gains as cash from the asset’s growth.

“Reflections,” the final chapter of the Templeton’s section includes tales of the author’s personal encounters with Templeton and proof of his generosity and kindness. 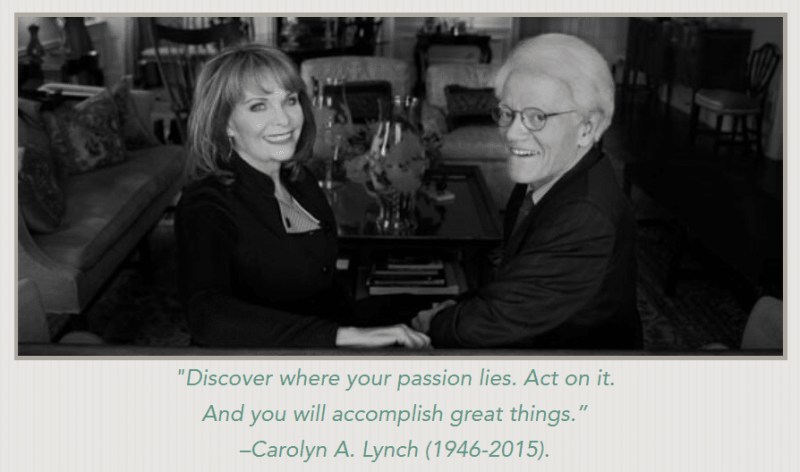 Perter Lynch was an investing star at Fidelity, where he earned a 29.2% annual return running the Fidelity Magellan Fund from 1977 to 1990. Lynch was a fervent believer in “buy what you know.” He believed that ordinary investors were capable of implementing sound investment research tactics and able to earn exceptional returns.

Although today, with the advent of computerized trading and stock pickers pitted against computer algorithms, it’s questionable if it is possible for the small investor to beat the market indexes.

But, for those invesotrs seeking to try their hand at outperforming the market, Lynch lays out the strategy that led to his stellar investment performance.

Like Templeton, Lynch had a tireless work ethic, working 80 t0 85 hours per week, including Sunday’s after church. During his tenure at Fidelity, even his vacations masked visits to company headquarters to chat with CEOs and learn first hand about a company.

Lynch’s stock-picking prowess could be distilled into seven habits:

Lynch abided by lists and rules. Just as he outlined stock-picking habits, he also had a list of investing steps to take, for investing in winners. Then he categorized his stock picks into buckets such as turnaround, asset play, cyclical, fast grower and stalward. These lists make it easy for amateur investors to follow in his footsteps.

I appreciate that Empower Your Investing includes the investing giants’ mistakes. It makes a legend’s stock-picking genius seem somewhat achievable.

“Peter Lynch said that stocks don’t know that you own them. Yet, when a stock falls below your purchase price, it can feel like a personal afront. Reconcile yourself to the fact that mistakes are inevitable. Lynch estimated that 35–40 percent of his stocks were losers.

‘You’re going to make mistakes. You’re terrific in this business if you’re right six times out of ten. No method guarantees you’re not going to lose your shirt. I’ve had stocks go from $11 to seven cents.’ While mistakes may be inevitable, Peter Lynch repeatedly reassured investors that one winning stock can make up for many losers.” ~ Empower Your Investing

Ultimately, Lynch’s stock picking strategy is a combination of tireless research and adherence to a strict set of investing principles. While many of the case studies mentioned in the book were also included in One Up on Wall Street, I found the repetition helpful in clarifying his process.

Of the three investing legends covered in  Empower Your Investing, Warren Buffett is the only one still publicly investing. Templeton passed in 2008 and Lynch, now age 75, spends the majority of his time running The Lynch Foundation, and mentoring young analysts at Fidelity.

Buffett was an investing and business prodigy. At age six, Buffett began selling individual sticks of  Juicy Fruit gum at a profit from packs that he purchased. At age seven, he requested the Bond Salesmanship book for Christmas. By age 11, Buffett had read all the investing books in the Omaha public library. At age 13, he filed his first tax return and deducted the bike he used for his paper route as a business expense.

Buffett was all about the hustle.

Check out Empower Your Investing now!

He was fortunate as he discoverd his passion at an early age. Although like Lynch and Templeton, Buffett had his share of losses and setbacks.

After graduating college from Columbia University he offered to work for free in legendary value investor Benjamin Grahams’ office, but was turned down. Buffett remained in contact with Graham. After working for several years in his father’s Omaha investment firm, he was finally offered a job with Graham’s firm.

Buffett was another value-investing great with high ethical standards.

In 1969,  the market was so overvalued that Buffett was unable to find reasonable investments to purchase. So, he closed his current investment partnership and returned over $75 million to his partners.

After Graham closed his business in 1956, Buffett returned to Omaha. From 1957 through 1969 his partnership earned the limited partners an average annual return of 23.8% in contrast with the 7.4% of the Dow Jones Industrial Average.

Buffett’s well know Berkshire Hathaway was born in 1962 when be began buying shares of the company at $7.60 per share. By mid 1965 he gained majority control of the firm. In 1969 he began to expand the firm from a textile operation to include an insurance division and a bank. This began Buffett’s affinity for the insurance and banking industries.

Buffett claimed the keys to his success were avoiding:

He considered buying stocks as purchasing a stake in a business. Like many value investors, he insists on a margin of safety. Buffett likes a volatile market, as it gives him the opportunity to buy stocks at a discount.

And, it’s well-known that Buffett, like Lynch bought companies he understood!

As I reviewed the Buffett section, I remember considering a purchase of Berkshire Hathaway B classs (BRK-B) shares at $33 per share in 1998, but worried that the stock was overvalued. With nearly a 400% return since then, in contrast with the 114% growth of the S&P 500k I have a bit of regret.

Empower Your Investing is filled with detail about each of these top investor’s methods as well as engaging stories about their lives and characters. If you’re a stock-picker, the book is a must read. If you’re not, check it out anyhow for the insight into these generous and ethical men.

In a world of scammers and poor character business people, it’s a pleasure to read about how three exceptional investors rose to the top. I can’t promise that you can replicate the success of Templeton, Buffett or Lynch, but you’ll be entertained and learn a lot about valuing a business and evaluating a company.

I thoroughly enjoyed this book and heartily recommend it.

Sign up for our email list for a chance to win a free copy of Empower Your Investing plus 2 bonus prizes (for each signup).

All applicants will automatically receive:

Disclosure: Please note that this article may contain affiliate links which means that – at zero cost to you – I might earn a commission if you sign up or buy through the affiliate link. That said, I never recommend anything I don’t believe is valuable.