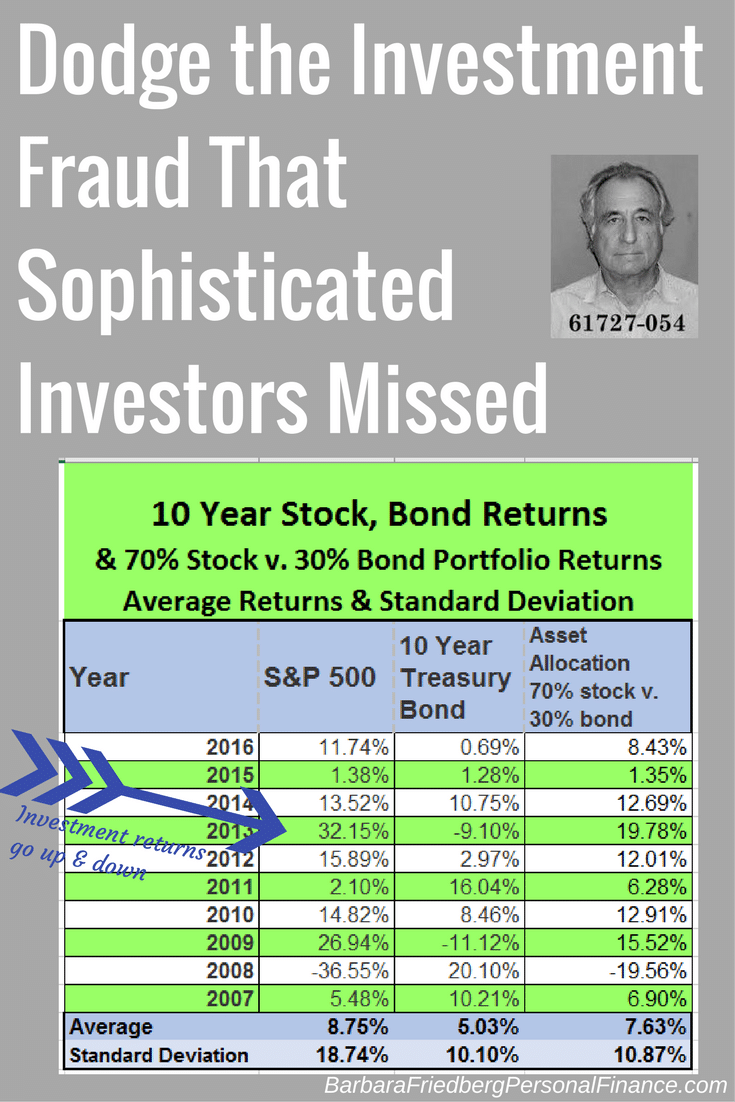 I was both intrigued and sickened while glued to HBO’s Wizard of Lies. This riveting biopic chronicles Bernie Madoff, played by Robert DeNiro, as he crafts the greatest investment fraud of our time. It’s challenging to understand how sophisticated investors along with ordinary folks fell for Madoff’s Ponzi scheme.

Find out how to avoid becoming a victim of securities fraud. You’ll discover that only your own knowledge and due diligence can save you from financial advisor malfeasance. 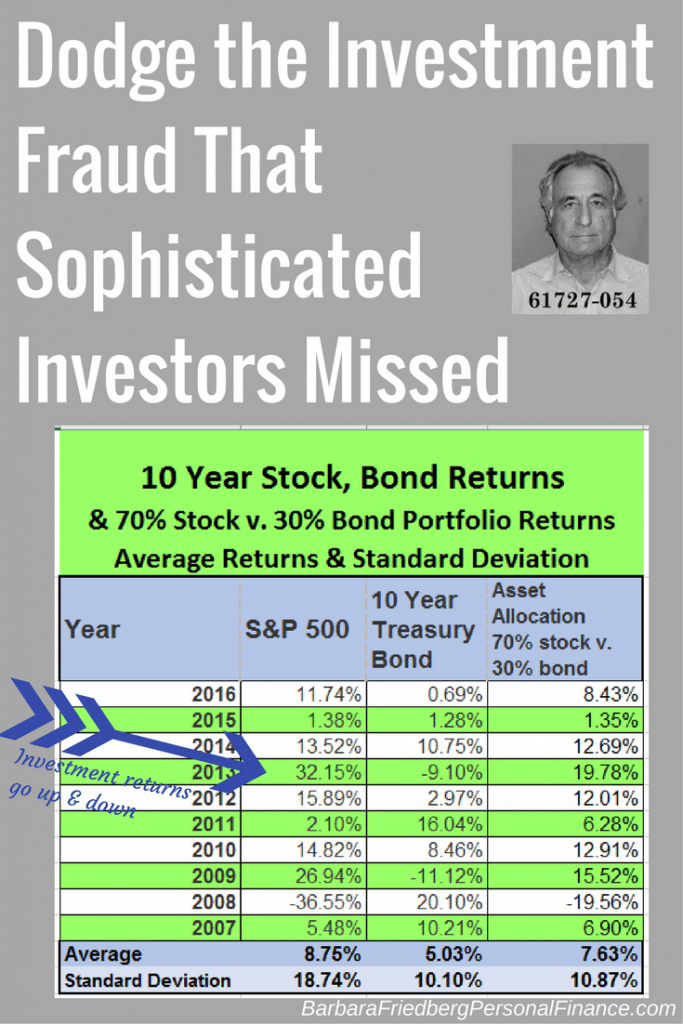 As long ago as 1999, an independent investigator, Harry Markopolos, concluded that Madoff’s success could not be legitimate. In 2005, he sent the US Securities and Exchange Commission (SEC), the financial watchdog, a 17-page statement entitled: “The World’s Largest Hedge Fund Is a Fraud”. ~The Telegraph

The Securities and Exchange Commission, wooed by Madoff’s charm and their own incompetency failed to dig into Madoff’s records and uncover his heinous investor fraud.

One scene in the “Wizard of Wall Street” showed regulators requesting a legally-required identification number for his corporate accounts. Madoff made up a number, gave it to the regulators and then waited anxiously for days to find out whether his malfeasance would be uncovered. Had the investigators looked up Madoff’s records with the fake account number, the fraud would’ve been immediately uncovered. But the investigators failed to follow up and Madoff continued his investment fraud for nine more years.

What Was the Madoff Investor Fraud Ponzi Scheme Crime?

For many years, Madoff wooed well-heeled investors into his highly regarded firm by promising and delivering steady-above market returns. The Madoff investment fraud was simple.

Without the market crash of 2008 and the flood of investment redemptions, Madoff could have gone on with the investment fraud. But, withdrawals were greater than inflows and there was no way for Madoff to continue his Ponzi scheme. The new money failed to keep pace with investors wanted their cash.

After confiding the investment scam to his sons, they turned their father in, to the authorities.

Who Invested in Madoff’s Scam?

Think you would have been too smart to recognize the investment deception? Bernie Madoff’s charm and wide-ranging contacts snared movie stars, investment companies, charities and ordinary investors into his fund including:

A February 2017 Reuters.com story tallies the final payout to Madoff victims at close to $10 billion, approximately half of the stolen assets. After this distribution is complete, 1,335 Madoff accounts with valid claims will be fully paid off.

Investment fraud victims received from $271.80 to about $42.3 million each. All claims worth $1.25 million or less are paid off. Finally, the remaining Madoff customers expect to receive approximately 60% of their losses.

So, is there any way this horrible financial scam could have been avoided?

Historically, the S&P 500 has returned approximately 9% annualized. Yet, that juicy return camouflages the year to year return volatility. In 2008 the S&P 500 fell 36.55% and during the first three years of this century, the market had double-digit losses each year. Realize that all investment values go up and down, except for bank savings account. And, if you’re money’s invested in the bank, then your returns will be very low.

Don’t fall for the promise of a safe double-digit return!

Learn; 10 Steps to Take Before Investing

2. Understand the investments that you own.

Madoff understood financial assets, was a former president of the NASDAQ stock exchange and was viewed with respect in  New York financial circles. The Wizard of Lies recounted how Madoff spent days constructing the transactions in clients’ fake account statements, after the fact. That means that Madoff’s account statements showed gains on most trades and never showed an annual loss, even when the stock market fell.

Every investor needs to understand exactly what she’s invested in and why. If a transaction doesn’t make sense, dig deeper. And, again, if returns seem too good to be true, walk away.

3. Verify that your assets are controlled by a third party custodian.

Many of Madoff’s clients had all of their money invested with him. Always make certain there is a third party custodian when investing with a financial advisor. That means that there’s another party, such as a Schwab or Fidelity that receives your deposits and creates your investment statements. This protects you from a dishonest financial advisor using your money as his own.

4. Check out your investment advisors record.

BrokerCheck by FINRA (the Financial Industry Regulatory Agency),  is a free online tool to delve into the record and experience of financial brokers, advisors and firms. This investment advisor search tool answers a host of questions about the financial professional. Before handing over a dime to a financial manager, find out if he’s ever been disciplined, is registered-as is required by law-and more. Don’t skip this step or you might end up hiring a crook as your money manager.

Whenever you’re promised unreasonably high returns on your money, walk away. There’s no such thing as something for nothing. Growing your wealth in the financial markets is a superb way to build up long term wealth. But, you need to be prepared for down years as well as positive return years. There’s no way to avoid losses! Patience along with a sensible investment program is the best way to invest in the financial markets.

Find out; How Long Until I’m Wealthy

Ultimately, don’t be lured by a charismatic financial advisor promising unbelievable returns. More than likely, you’re receiving an invitation to participate in investor fraud by an unscrupulous con artist.